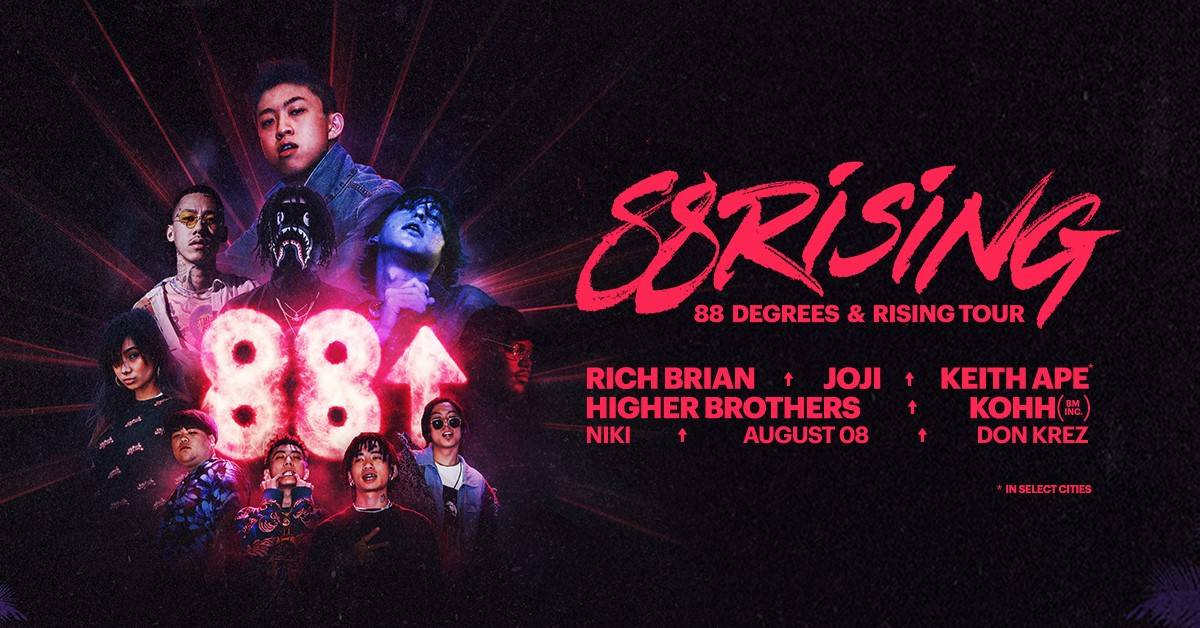 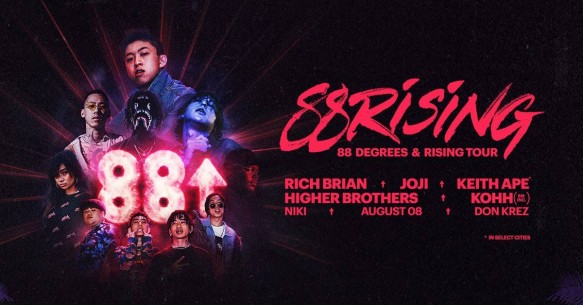 88rising (stylized as 88⬆) was founded by Sean Miyashiro as a hybrid management, record label and promotions company, as a platform for Asian artists such as Keith Ape and Rich Brian!

Rich Brian is an Indonesian rapper who’s debut single, Dat $tick was certified Gold by the RIAA! Earlier this year he released his debut album, Amen, which peaked at number 18 on the Billboard 200.

Joji is a Japanese-Australian rapper and producer who started as a YouTube entertainer. His videos had global impact, starting the Harlem Shake craze. His debut EP, In Tongues, peaked at 58 on the Billboard 200!

Keith Ape is a South Korean rapper and a member of The Cohort crew. His breakout single It G Ma went to number 5 on Billboard K-Town. His concerts were recently was listed by the New York Times as a top 40 pick for unrestrained mayhem!

This is going to be an awesome and unique show and a great start to the Fall season, buy your tickets today and support these amazing artists!