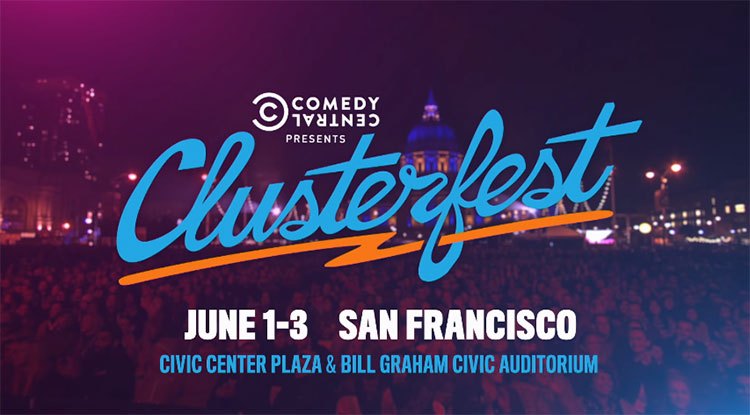 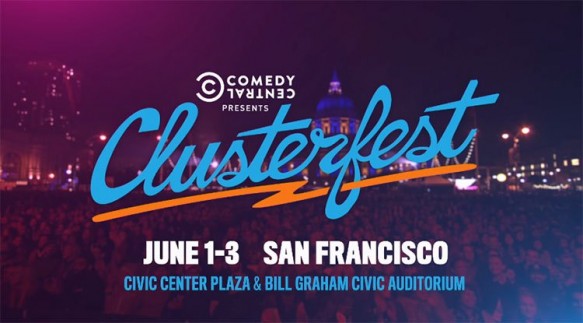 The 3 Day Clusterfest, presented by Comedy Central, is back at the BilL Graham Civic Auditorium from Friday June 1-3 and a 3 day pass is available!

The name has changed, slightly, from previous years, dropping the Colossal, but the 3 day comedy festival is back and bringing the funny! featuring Jon Stewart, Trevor Noah, Amy Schumer and The Lonely Island as it’s headline attractions!

Salt-N-Pepa, Third Eye Blind and Alaska Thunderfuck (best known as a contestant on RuPaul’s Drag Race) are among the musical acts playing!

Last year early bird tickets sold out in under 2 minutes.

Tickets are selling fast so buy yours today whilst they are still available. 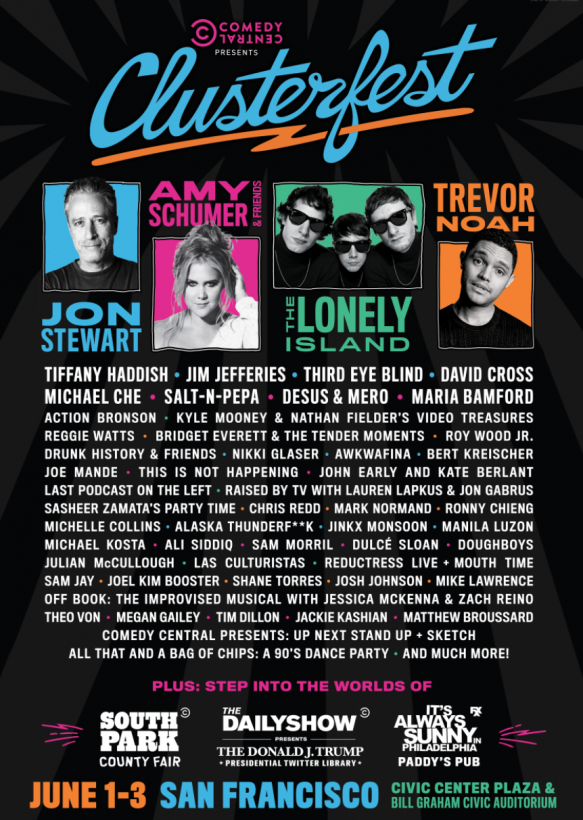