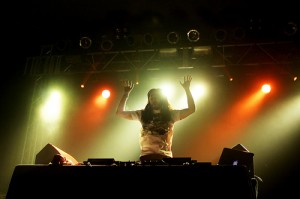 Ellie Goulding is coming to town with the magic of music up her sleeves. This is going to be a wonderful musical treat for the fans in San Francisco as she will be performing live on the 19th of April 2014. The concert will be held at the Bill Graham Civic Auditorium and is going to be one event you do not want to miss out on. The England based, songwriter who launched her first single ‘Under the Sheets’ is known for her excellent lyric and superior rhythm.

Image courtesy of <Visions of Domino> licensed under Creative Commons