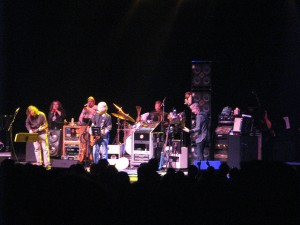 The rock band from North America – Furthur is all ready to set the stage on fire as they perform live in front of the thousands of gathered fans. The band will be performing at the Bill Graham Civic Auditorium on the 29th of December 2012. Band members Phil Lesh, Bob Weir, Jeff Chimenti, Joe Ratdog and John Kadlecik will dish out their number one singles and will truly create an electrifying environment.  This band is well known for their critically acclaimed and highly successful winter 2010 tour. The band tends to tour throughout the year and this December they will be gracing the Bill Graham Civic auditorium.