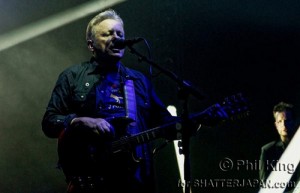 If you are fans of rock and electronic music then look now further than San Francisco as the alternative rock band New Order will be performing live in the city. Coming July you will witness the sheer energy and brilliance of the band members of this group that has won several accolades and an unwavering fan base. The band will be performing in the city on the 11th of July 2014. The concert will be held at the Bill Graham Civic auditorium in San Francisco.