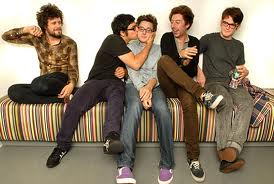 This March the indie rock band Passion Pit will be entertaining its fans in San Francisco. On the 7th of March 2012 the band comprising of Michael Angelakos, Ian Hultquist, Xander Sing, Jeff Apruzzese and Nate will be performing some of their top charting numbers at the Bill Graham Civic Auditorium located in San Francisco. Passion Pit is well-known for some of their hit singles and albums that spans across genres such as Indie rock, indie pop, synthpop, alternative dance, New Wave and indietronica.