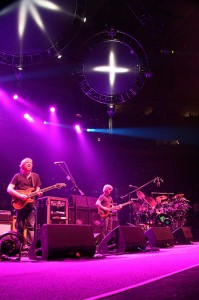 San Francisco offers its music lovers a chance to enjoy their live performance of Phish. The rock band is geared up to take San Francisco by storm with their energetic and highly charged performance. The concert will be held at the Bill Graham Civic Auditorium. The event that will witness the unravelling of the band’s rock, funk, folk, progressive rock, jazz and other renditions of rock music will be held on the 2nd of August 2013. The fans will be entertained with the musical improvisations and extended jams that the band is famous for.