Lock-in these dates for Pitbull is coming to town!  Part of his Pit Planet World tour itenerary is a stop over at the Bill Graham Civic Auditorium, San Francisco, CA for a one-night only show on August 12, 2012. 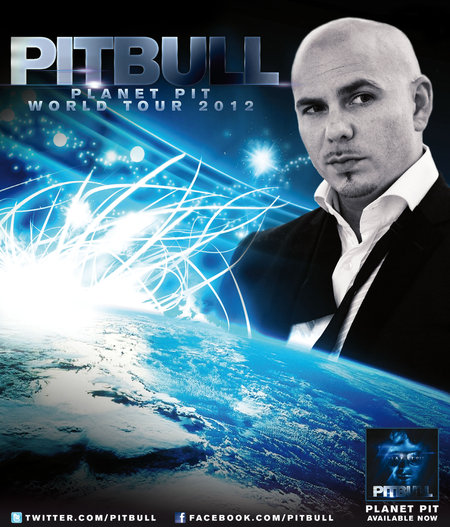 Latino-American rapper, singer, songwriter, record producer, and actor Pitbull is currently enjoying much chart action all over the world.  Hence, it’s but timely to launch a world tour!  Indeed, Pitbull’s music ‘bites to lock’;  one can definitely get hooked by its infectious grooves, marked by a spectacular fusion of Hip hop, house, electronic dance, eurodance, and latin, pop.   One of his early mainstream exposures is by way of Daddy Yankee’s megahit “Gasolina”. In 2009, he hit a major breakthrough with his lead singles “I Know You Want Me (Calle Ocho)” and “Krazy”, which are certified Billboard chart-topping hits in many parts of the world.  His more recent smash hits include “On The Floor”, a collaboration with Jennifer Lopez, and “Back In Time”, from the movie Men In Black 3.