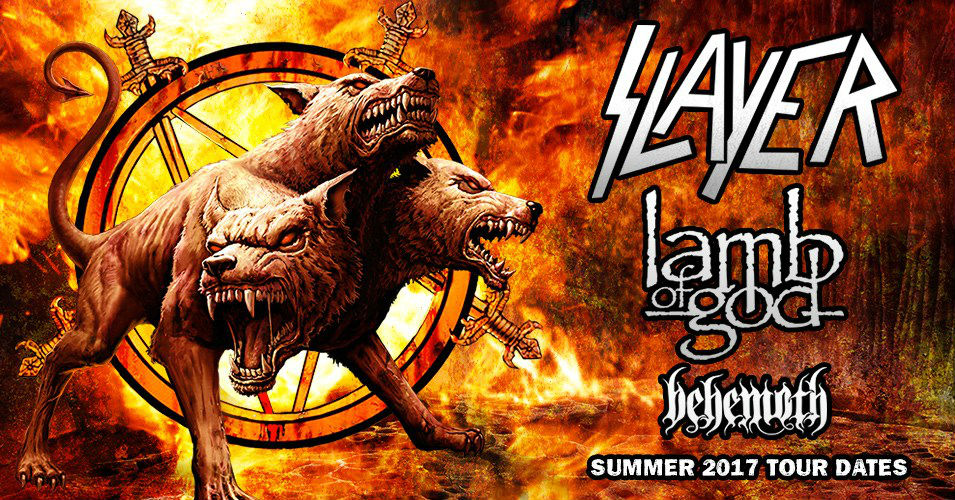 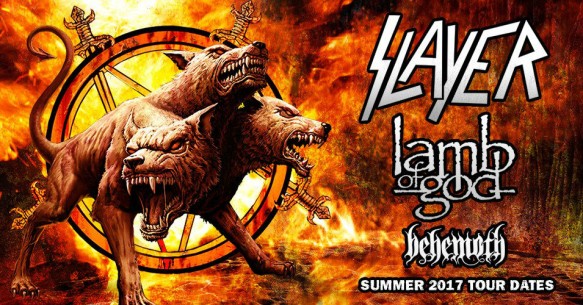 Slayer, Lamb of God and Behemoth are coming to the Bill Graham Civic Auditorium on Wednesday 9th August for the Feel Good Event of Summer tour!

Slayer are still supporting their 2015 release Repentless, as well as a recently released, like-titled comic book.

Behemoth last put out a record in 2014, titled The Satanist.

An exclusive pre-sale has already taken place, limiting the availability of tickets to the general public. If you want to see Slayer, Lamb of God and Behemoth at the Bill Graham Civic Auditorium buy your tickets now before they are all sold out.