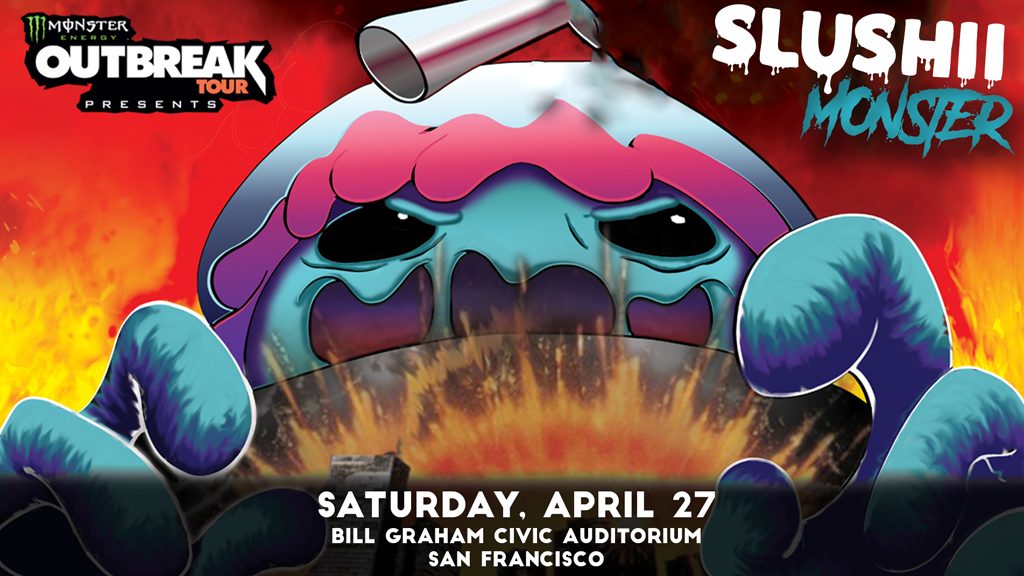 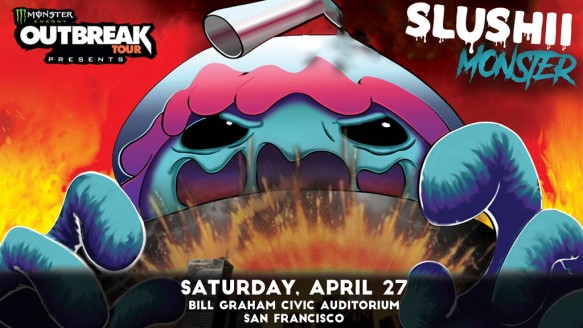 Slushii is coming to the Bill Graham Civic Auditorium for the Monster Energy Outbreak Tour on Saturday April 27.

Boasting a cool 2.4 million monthly listeners on Spotify and amassing a loyal live following, Slushii has proven himself a force to be reckoned with in the electronic music scene. His latest collaboration Never Let You Go features Latin pop star Sofia Reyes and racked up over 2 million streams and over 8 million official music video views on YouTube in just two weeks following its January 18 release!

Slushii has a history of selling out events, including more recently The Bluebird Theatre in Denver and the McClellan Conference Center in Sacramento. With San Francisco’s love for EDM Slushii’s Monster Energy Outbreak Tour date at the Bill Graham Civic Auditorium, San Francisco, is likely to sell out too. Make sure you buy your tickets today whilst they are still some left. 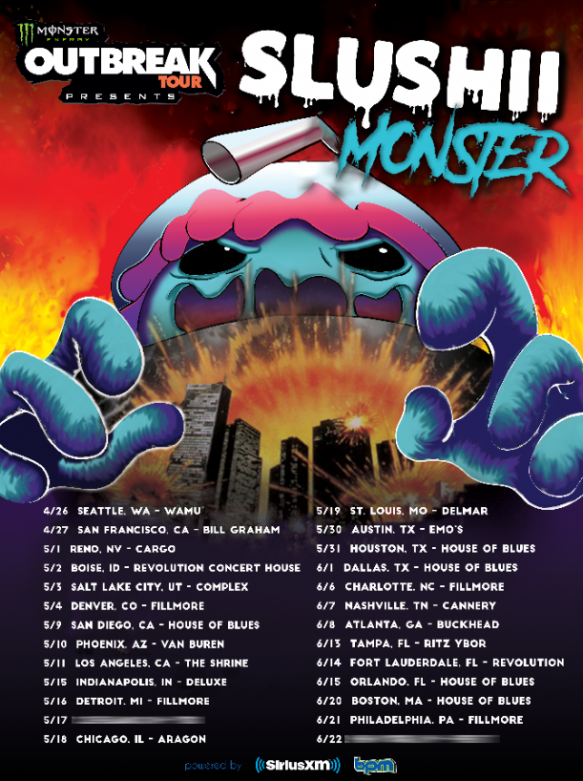