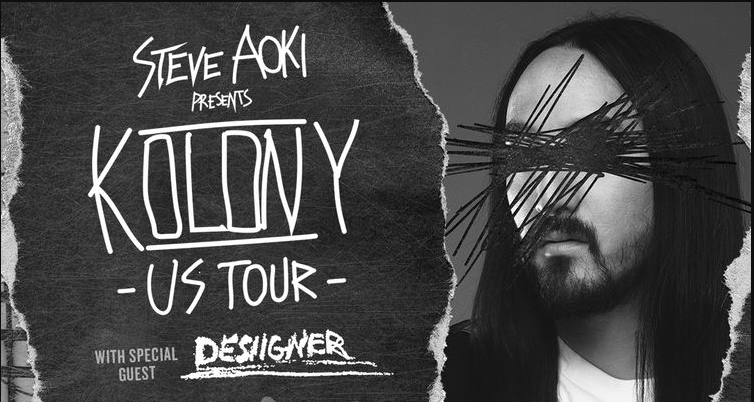 Steve Aoki has been instrumental in the success of talent from around the world, hosting debut performances for hundreds of acts from Lady Gaga to Skrillex, Justice and Ke$ha, as well as participating in phenomenal events himself such as Las Vegas’ Electric Daisy Carnival.

The tour is in support of his 4th studio album, Kolony, which charted at 5 on the US Top Dance/Electronic Album chart!

Tickets are already selling fast so if you want to see Steve Aoki and his Kolony tour at the Bill Graham Civic Auditorium buy your tickets today. 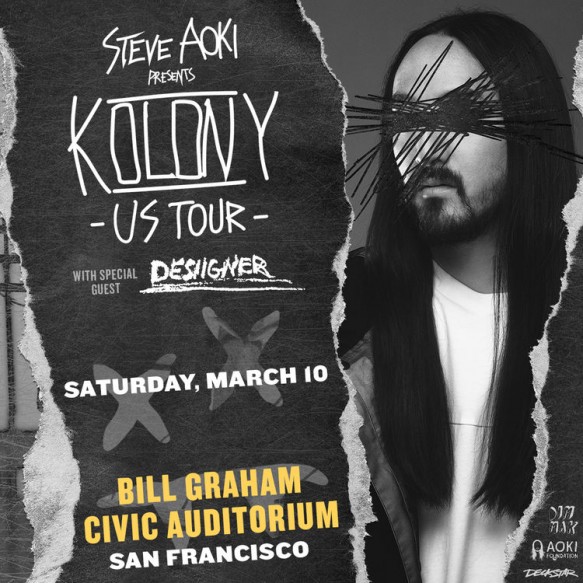