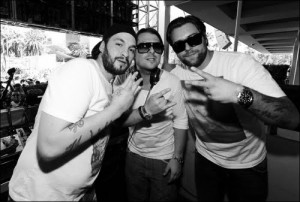 The Bill Graham Civic Auditorium will be hosting the house music super group Swedish House Mafia this season. On the 17th of February 2012 all house music fanatics can treat themselves to the musical genius of the Swedish House Mafia group. This group comprises of accomplished DJ’s, producers and record label owners Axwell, Sebastian Ingrosso and Steve Angello. The music lovers in San Francisco can grove to the chart topping numbers and the band’s most popular song ‘One’.  The bands very first breakout performance was in the year 2008 when they performed at the Main Room at Cream Ambesia in Spain.  The band made their commercial debut by performing the summer 2010 anthem termed ‘One’.