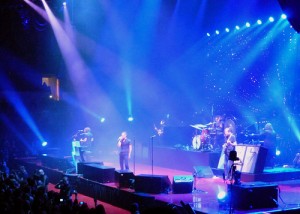 The Killers will be performing live at the Bill Graham Civic Auditorium. The Las Vega based rock band are all set to create an enigmatic evening for their gathered fans as they perform live on the 28th April 2013. The band was formed in the year 2001 and comprises of Brandon Flowers on keyboard and vocals, Dave Keuning on guitar and backing vocals, Mark Stoermer on the base guitar and the backing vocals and finally Ronnie Vannucci. Their first single ‘Runways’ was an all-out smash hit.